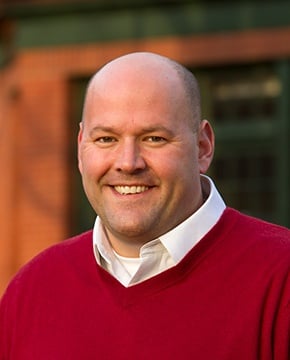 In the wake of the Neo-Nazi and White Supremacist rally in Charlottesville this past weekend, most Americans responded with shock and anger. Pundits from the Left and the Right expressed outrage and declared how un-American these victim-seeking, all-but-hooded, torch-bearing degenerates were. Their ideas were, after all, antithetical to American values. Representative Thomas Garrett of Virginia angrily declared that “these people are not who we are as Americans” and correctly pointed out that many of those assembled were not from Virginia. Our own Florida Sen. Marco Rubio tweeted that the "haters" are "agitators in search of relevance and publicity for a vile cause very few people support.” The popular CNN commentator Ana Navarro tweeted “America, this is not who we are! We must stand together and condemn this!” Sally Yates tweeted, “The poison spewed by Nazis, White Supremacists, and the KKK is not who we are!”

But how unAmerican were they really?

While the sentiments expressed by those marchers in Charlottesville surely do not represent our ambitions, our beliefs or our dreams for what we want America to be, they are sadly very much a part of our story. They looked and sounded like the white nationalists from a hundred years ago but without the white hoods. The images we saw play out on the TV were similar to those we saw during the Civil Rights movement in the 1960s.

I don’t know about you, but as I watched the ugly events in Charlottesville unfold on my TV, I couldn’t believe what I was seeing. How is this possible in 2017? Haven’t we come further than this? Have we not learned the lessons of our own past, or those of Nazi Germany? It is a healthy reminder to all of us that while progress has been made, there is still much work to be done.

Some have claimed that we now live in a “post Racial America” - that because we have had an African American president, that racism is now a thing of the past. It is odd to hear this claim particularly in light of the alarming rise in hate speech and harassment cases over the past eight months.

Malcolm Gladwell offers an explanation that made some sense to me in one of his excellent “Revisionist History” podcasts (if you haven’t listened to any of them, I highly recommend them). If you don’t know who Malcolm Gladwell is, he’s this incredibly bright social scientist and author of “Blink” and other books that unearth truths about society or human behavior that we often tend to overlook. In one of these podcasts he introduces a concept called “moral licensing.”

‘Moral license’ refers to our increased tendency to act ‘immorally’ or to go against our commitments if we’ve already displayed our ‘moral’ righteousness. Having already taken a positive action, we grant ourselves the freedom to sabotage this at a later time. “I worked all day, I deserve NOT to mow the lawn.”  “I worked out so hard, I deserve to eat this brownie” (as I did last night.)

We give ourselves permission to do something “bad” because we’ve been good. Studies show that moral licensing extends beyond brownies however, that this behavior is also prevalent when it comes to discrimination. For example, people are more likely to express racial prejudice or sexism “when their past behavior has established their credentials as non-prejudiced persons.”

Gladwell suggests that perhaps having taken the momentous step of electing a black man as president, of proving to the world how open minded they are, that some have now given themselves the “moral license” to express more prejudiced views. In other words, “I voted for Obama… I can’t be a racist?!” This may help explain the recent rise of hate speech and harassment cases that have emerged across the country in the last year. It may shed some light in helping us to understand what happened last weekend in Charlottesville?

What are the lessons of Charlottesville for us? For you, as a young person who is navigating some difficult political and social terrain in the years ahead?

Knowledge is one of our school’s Core Values for a reason. Facts matter, and there are such things as objective facts - those facts that exist independently of perception or an individual’s opinion. We cannot solve the problems in our communities if we don’t know how they came about in the first place. W.E.B. Du Bois boldly declared that the problem of the 20th Century in America is the problem of the color line.

He was surely right in saying that, but he left out the before and after. It was also very much the fundamental problem prior to 1900 and it continues to remain a significant source of tension in our current century. One cannot explore the history of America without running into the “color line” over and over again. If we are to realize the Jeffersonian belief that “all men are created equal,” we must first understand some relevant facts about American history.

These facts matter if we are to understand the problems of race in America today.

SECOND - Be honest about your history.

Don’t sanitize it or try to make it more palatable. Don’t make excuses for it. Accept it, own it, and learn from it. Look it in the eye and embrace it with all its warts. You may have heard George Santayana’s famous quote: “Those who fail to remember history are doomed to repeat it.” Phrased another way, those who are not honest with their history will fail to learn from its mistakes. It is important for us to accept that racism remains alive and well in America. If we downplay it, or if we give ourselves the “moral license” to backtrack on our progress  -  then we will fail to build the community that Martin Luther dreamt of, one in which his “four little children will one day live in a nation where they will not be judged by the color of their skin but by the content of their character.”

FINALLY - Understand that democracy can be messy.

We are fortunate to live in a country where we are guaranteed certain freedoms, like the First Amendment - “Congress shall make no law respecting an establishment of religion, or prohibiting the free exercise thereof; or abridging the freedom of speech, or of the press…”  But living in a pluralistic and multicultural country of 320 million people means we are going to have our differences from time to time, and the founding fathers recognized that in order for you and I to have the right to free speech, we have to allow others to have it too, even when they hold disgusting and abhorrent views like the idiots that marched in Charlottesville. The KKK and White supremacists are legally protected to promulgate their hate. As ironic as this sounds, their right to assemble and to spew poisonous rhetoric is as American as “apple pie”, and many people have died for their right to speak out too. The feminist author Naomi Wolfe reminds us that “The First Amendment applies to rogues and scoundrels. You don't lose your First Amendment rights because of a sleazy personality, or even for having committed a crime. Felons in jail are protected by the First Amendment.”  Restricting free speech is un-American. 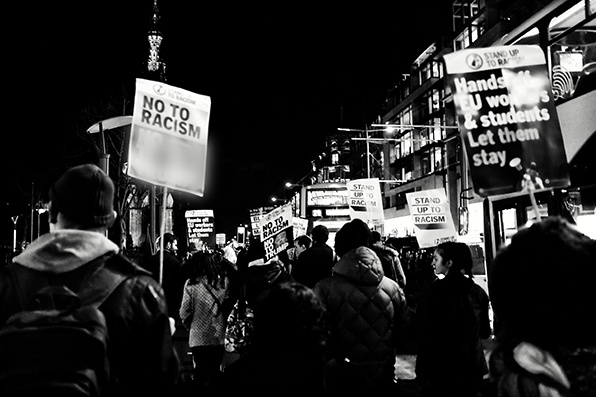 How do we respond?

Not by simply shutting down their right to speak. A worrying trend we are seeing on college campuses is the intentional silencing of voices and opinions that are opposed to the majority. Sociologist and frequent NPR contributor, Dr. Dashanne Stokes warns that “Fascism thrives in obscurity and darkness.” It is far better to have these views out in the open so that the weight of progress and moral right can squash them and send them back to the dustbin of history.

Nor should we respond with violence. The violent reaction against those pathetic bozos with torches and billy clubs only gives them a bigger platform on which to promote their hateful ideology. We stoop to their level  when we use our fists. These are, after all, not exactly self-actualized individuals. Perhaps, they deserve our pity, not our punches. Violence plays right into their “blood and soil” narrative of a war between tribes of people.

Instead, use your voice. Don’t remain silent in the face of injustice. Edmund Burke reminded us that “Evil flourishes when good men do nothing.” Don’t do nothing! Speak up when you hear prejudice. Don’t be a bystander to racism, homophobia, or sexism, or any form of bigotry and prejudice. The pen is mightier than the sword. Remember, Gandhi overthrew the world’s greatest empire through nonviolent means -  which he referred to as “the greatest force at the disposal of mankind.”

Martin Luther King Jr. had faith that we will get past the problem of the color line someday. We are not there yet, we do not live in a “post Racial America”, but we need to join him in this faith, and heed the words he offered to us from the steps of the Lincoln Memorial in 1963:

“My country 'tis of thee, sweet land of liberty, of thee I sing.

Land where my fathers died, land of the Pilgrim's pride,

From every mountainside, let freedom ring!”

And if America is to be a great nation, this must become true.

Each of us has to do our part for this to become true.

I wish you all the best this year. Welcome back to Shorecrest!