Often when we think of high-schoolers, we are reluctant to single one out over another, or lump several students into a group. After all, college admissions, class standings and athletic achievement can put enough pressure on our kids. But, sometimes, being part of a team, and working together to win a good natured competition is just the thing to bring a group of classmates together and build memories that will keep them coming home.

The Homecoming Spirit Week tradition at Shorecrest Preparatory School in St. Petersburg, Florida is a frequent feature in the speeches of graduating seniors, spoken of as one of the best group experiences for their class, and something they hold dear.

According to Tanner Wall ‘16, “As silly as it sounds, winning Homecoming is probably my favorite Shorecrest memory. Our class worked so hard preparing for the Homecoming competitions, and as we worked together, we became really close. I’m so proud of what we did as a class!”

After a very poor showing in the Homecoming competition junior year and a struggle with class morale, Tanner and his classmates decided that senior year would be different. Tanner helped spearhead an effort to turn things around. To the amazement of many administrators, that’s exactly what the Class of 2016 did!

The Head of Shorecrest Upper School, Don Paige, points out what a learning experience this competition can be:

The classes split into multiple teams to compete in games ranging from brain bowl, to slip-n-slide kickball, and volleyball. Teams are coached by members of the class who volunteer to set up practices, call plays, and make rosters. For freshmen, it is often their first chance to show leadership in high school.

As part of this process, the students used a pre-Homecoming advisory to talk about what it means to be a leader and what it means to commit to be a participant. We synthesized the comments from the different classes and found them to be powerful, not to mention relevant beyond just the realm of Homecoming competitions.

What should a leader do?

What should a participant do?

Homecoming week doesn’t just consist of spirit competitions, though. Part of the scoring is based on donations to The Kind Mouse, a local Service Partner nonprofit that helps to feed chronically hungry children in the St. Petersburg area. The class with the largest donation of food adds points to its spirit score.

As Headmaster Mike Murphy points out, Homecoming week isn’t just for seniors. It spreads school spirit and pride across all divisions:

Varsity level student-athletes and buddies will bring Experiential School and Lower School students to a pep rally on Friday. Middle School students will be given time to watch their 9th-12th grade peers in class competitions. The spirit of the week lives on all year and into the coming decades. One of the great joys those of us at school are able to enjoy is the energy, passion, creativity and companionship students share with each other during special events like Homecoming activities. 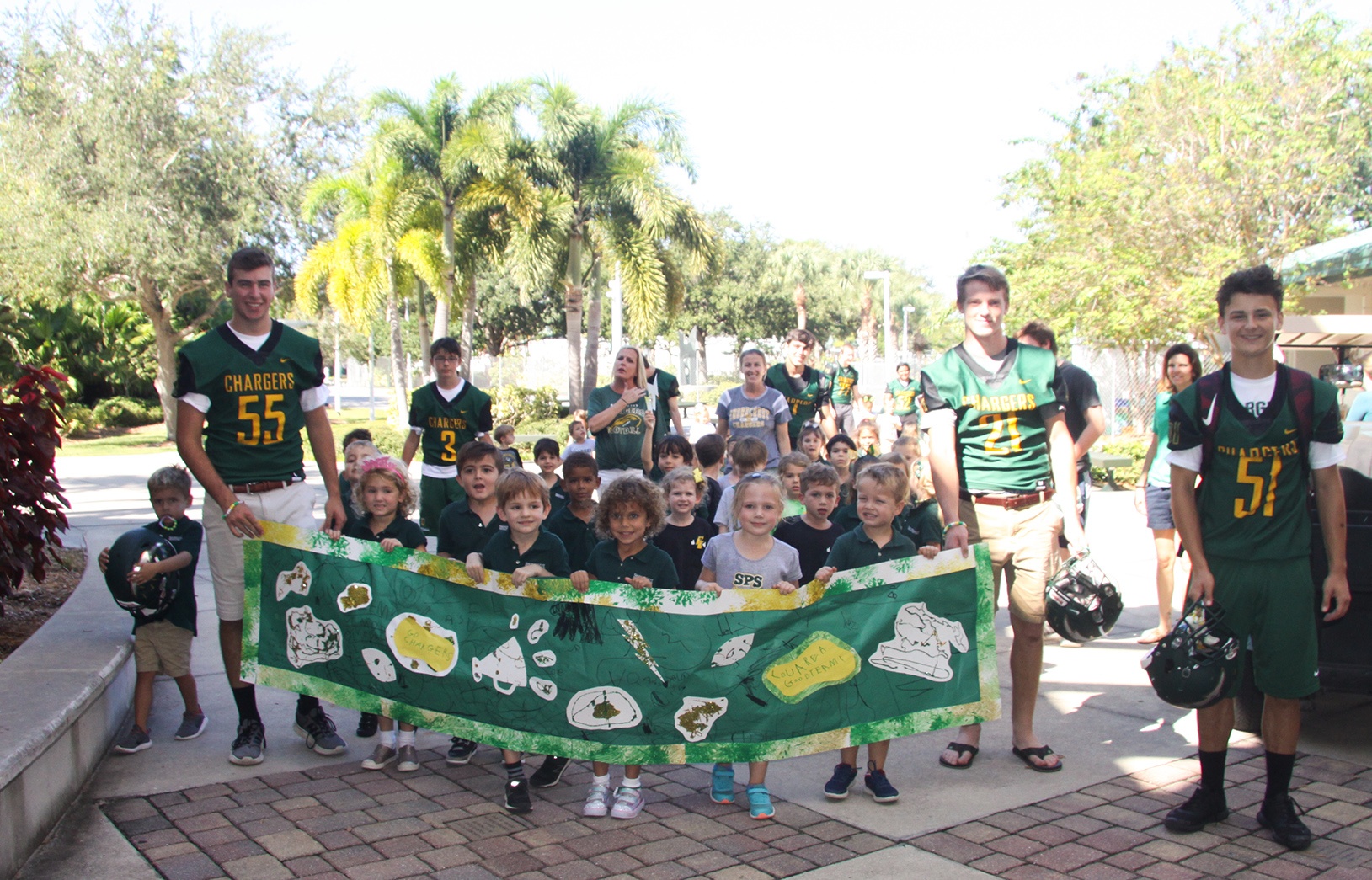 We invite you to come and see how Shorecrest builds leaders and community by taking a personal tour.