The Importance of Outdoor Play

A few weeks ago, Shorecrest proudly announced that The Experiential School of Tampa Bay has achieved recognition as a certified outdoor classroom by Nature Explore, one of only 13 such schools in the state of Florida. Attaining this certification was the result of two years of work by the faculty. These efforts were undertaken because we recognize the benefits to our students of having a quality outdoor environment in which to play and explore. 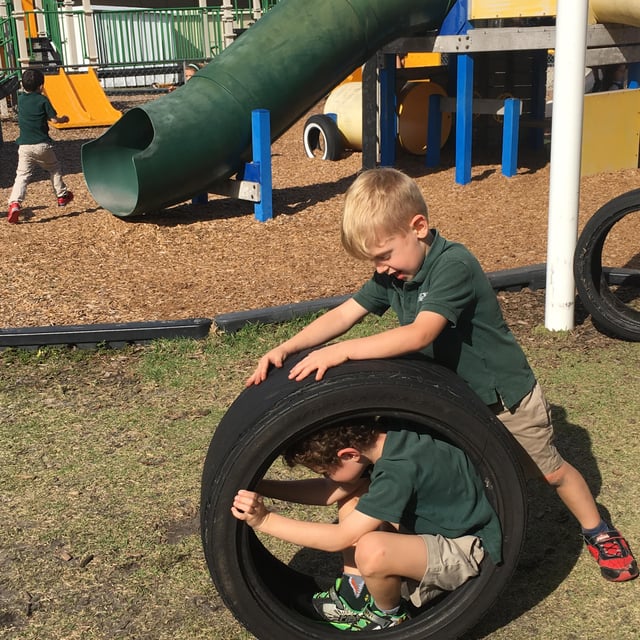 While information and brain-based research about how children learn has been widely publicized, less publicized is the research on the negative effects of not having active play outdoors and in the natural environment is having on children. Over the years, teachers have seen a decline in children’s gross and fine motor development, balance, coordination and core strength as well as increasingly high numbers of children who have difficulty controlling their emotions and/or paying attention or sitting for even short periods of time.

Babies used to crawl around the floor and use their muscles to hold on to their caregivers, but today they are restrained and carted from place to place in infant carriers. Children used to play actively and imaginatively outside, but now spend much of their time indoors and have hours of screen time of one sort or another.

This lack of physical movement and exercise and exposure to the natural elements is linked to the difficulties children are having in school. They can also significantly impact health as well as school performance.

As our Florida weather gets hotter, children and adults are even less likely to spend time outdoors. I urge you, however, to make sure that your children engage in active outdoor play every day.

If you have babies, put them on the floor on their stomachs and let them develop their muscles and core strength for several extended periods of time every day. Carry them in your arms rather than using a carrier, this not only aids in their physical development but also in the developing the bonds between you.

Shorecrest offers a number of educational and play-based summer programs that include plenty of time for outdoor and active play. Programs run May 30-August 4, open to students in PK-12th grade. Before and after care is available. Learn more: