If children are to grow up to be independent, capable of making wise decisions, and to understand the consequences of their actions and choices, they need to start developing those skills at a young age. Children need the experience of making choices, including those that are important to them. This does not mean that they must always be given a choice, and they definitely should not be allowed to make decisions about matters beyond their experience. They should, however, be encouraged to make simple decisions between acceptable alternatives such as whether to take a bath or a shower or which shirt to wear.
One aspect of making decisions is making a choice that is firm. Children should be held accountable for their decisions rather than be allowed to change their mind “as the wind blows.” For example, on Halloween more than one parent was faced with children who had chosen their costumes but at the last minute, after the costume had been purchased, changed their mind and wanted to dress as something different. I applaud the parents who held the children accountable and gave them the choice of wearing the costume they had or not wearing one at all, rather than giving in! 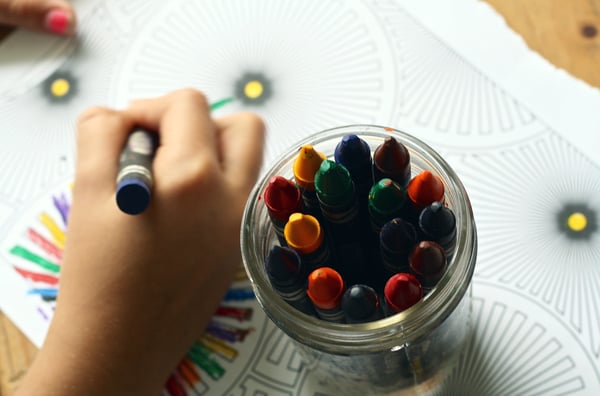 Providing early choices to help children learn to make choices is easy, and often avoids power struggles. As children grow, however, they will be faced with real decisions where the choice they make might be less acceptable or desirable. At these times, parents must decide whether to rescue the child, rule the child or let the child live with the result of the choice.

Being allowed to make the wrong decision (unless it is a safety issue) helps young children develop judgement and gives them the basis for making better choices as they get older. If they are always rescued from effects of their decisions, children are robbed of the chance to learn from them. If they won’t wear their jacket on a cool morning, they will get cold; next time they may wear their coat without a struggle!

Having to live with their choice teaches children to think through repercussions of alternatives before making decisions. They will not always make the wisest choices, however experiencing the consequences of a poor decision is an effective learning experience.

This is a post from the Head of The Experiential School of Tampa Bay, one of the best private preschools in Pinellas County. To learn more about the 3, 4, and 5-year-old program at Shorecrest, we invite you to schedule a personal tour.