Posted by Betty Gootson on Feb 1, 2017 8:00:00 AM
Find me on:
Facebook LinkedIn Twitter
Effective communication with children does not happen through email, text or Twitter - it requires engaging in conversation, which has important and lasting benefits. For children to learn language, they must have opportunities to use language, receptively and expressively.


In past decades, most of our referrals to speech therapists in preschool were typically for articulation issues, now, however, they are now just as frequently for language development.

While there are language issues caused by physical and neurological factors, some developmental language lags might be avoided by giving children more opportunities to develop their expressive and receptive language simply by talking WITH (not just to) them when you are together.

Since cell phones have practically become bodily appendages, social media has become the norm for interaction, children watch videos in the car for even the shortest of rides, and iPads have become a way to “keep children quiet” in restaurants, the frequency of conversation between parents and children has declined. That's not to say all screen time is bad, that's only to say that it must be used thoughtfully. 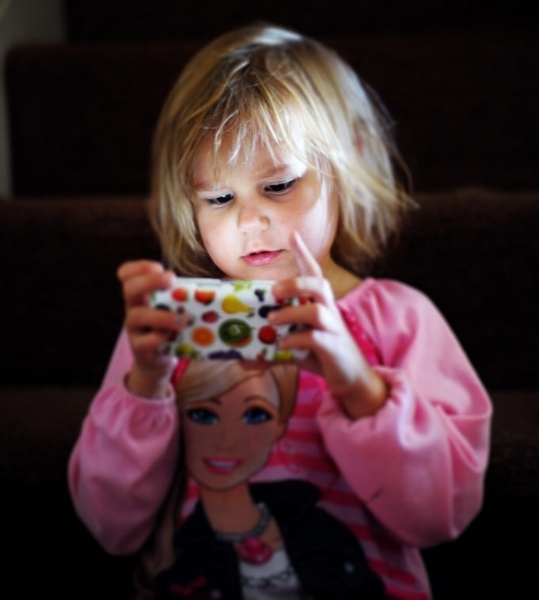 Their opportunities to develop their vocabularies and language skills, and even their social manners and etiquette, have declined substantially. All of these affect their later school experiences and ability to learn.

Therefore, turn off the phone, videos and iPads in the car and at the table. Use that time instead to share, talk, sing and play verbal games; doing so will build relationships, skills and keep everyone safer.

One more way to give your child a voice is to let them speak for themselves. So frequently, without realizing it, parents speak for their children, thus inhibiting their voices and/or excusing them from expressing themselves.


A small but telling example occurs daily when we help children out of their cars in the morning and ask the children how they are and the parents answer.

Just as we expect children to let others have a turn to talk, we need to be sure we are not taking their turns away.